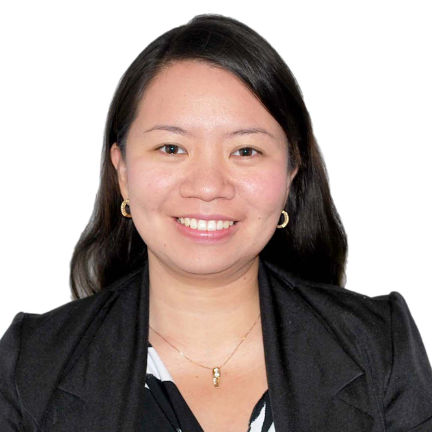 Sygrid Promentilla-Pablo is a Senior Legal Officer at the Procurement Unit of the Office of the General Counsel. She is a Filipino lawyer who specializes in procurement and contract review. Sygrid has more than 16 years of legal experience in the areas of procurement, development, and project administration. She joined ADB in 2010 and has since been involved in policy review and formulation, review of procurement documents, evaluation reports and contracts. As a senior member of the Procurement Unit, she also conducts regular training sessions on procurement to new OGC staff.

Prior to joining ADB, she worked at the Program Management Office of the Supreme Court of the Philippines, where she managed foreign-funded projects identified under the Action Program for Judicial Reform, which was funded by the World Bank. She also served as a member of the technical working group that drafted the Rules of Court for the Small Claims Court Pilot Project funded by United States Agency for International Development (USAID) through the American Bar Association-Rule of Law Initiative (ABA-ROLI). Earlier in her career, she was one of the pioneer staff in the Government Procurement Policy Board- Technical Support Office in the Philippines. Sygrid has managed several notable projects funded by the World Bank such as Pilot Testing of Generic Procurement Manuals and Agency Performance Indicators in several key departments of the Philippine National Government. She was also the focal person for the ADB-TA on Harmonization implemented by the Department of Budget and Management.